While I wasn’t able to travel to Tassie to interview John Looker, we did have a great chat on the phone, and I read his self-published memoir, I want to be a Patternmaker (Memoirs Foundation, 2011). Looker was a patternmaker, RMIT patternmaking trade educator and teacher. It contains fascinating accounts of Looker’s time in industry both in Australia and in the UK, as well as his teaching experiences. 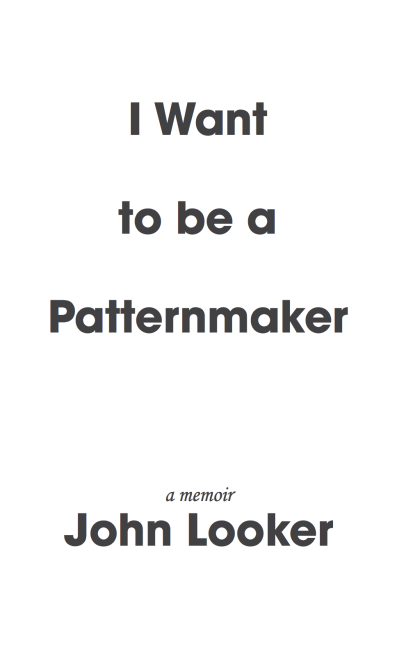 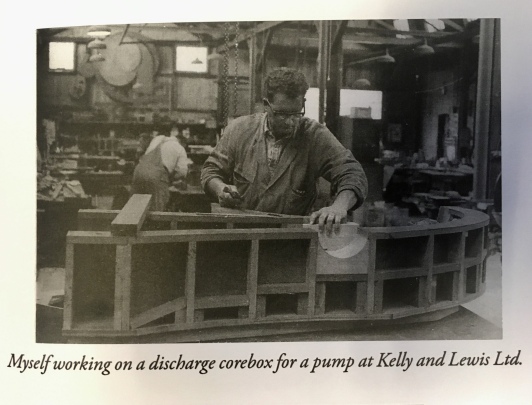 Looker must have been a very organised diary writer throughout his life, because parts of his memoir are incredibly detailed. Looker worked with Jim Walker at RMIT, and it was a pleasure to read his account of when they made 10 ‘retirement lathes’ (a very elaborate foreign order project!). When considering the prospect of his own retirement from RMIT, Looker said,

One of my first thoughts was the realisation that I would no longer have the use of a fully equipped workshop, as there was at the College. My immediate concern was to have a lathe. … The thought of retiring and not having a lathe was not acceptable. After some thought I came to the realisation that I was working in the very place where I could produce one. I could make the patterns. The foundry downstairs could produce the castings in iron and the small machine shop attached to our department was just the place to machine and fit all the components together. (Looker 2011, p. 245)

Once the other patternmaking staff got wind of this idea, they all wanted to join in too. This more or less concurs with Walker’s account of the same process (see this post).

The other thing about Looker is that he is the author of six detailed patternmaking training manuals used at RMIT, published in the 1980s. These include, Chain Gearing for Patternmakers, Costing and Estimating for Patternmakers, Safety in the Patternshop, and Conveyor Screws for Patternmakers. While some might dismiss these texts as ‘mere’ functional textbooks, what is marvellous about them is Looker’s ability to distil complex concepts into very digestiable parts, and his illustrations. In his memoir he says, “I was given two days a week to work on it … the sketches that I produced were twice full size, in ink, on tracing paper. … I handed the work, ‘Camera-Ready’, to RMIT Publishing.” (p. 230)

I don’t actually have copies of these manuals – I have some from earlier, 1977 – but if you have copies from this era I would love to take a look.